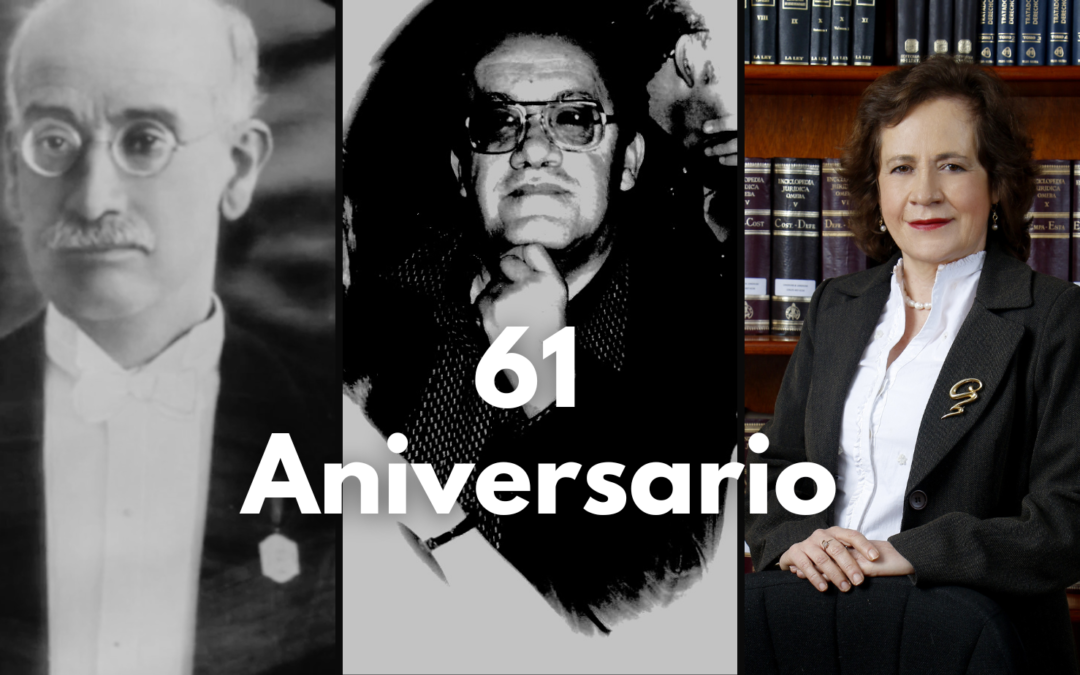 61 years have passed since the foundation of Landívar & Landívar and today, June 27, I sincerely wish to pay my most sincere tribute to its founders, Julio Landívar Moreno and Gastón Landívar Iturricha. Give my heartfelt recognition to the latter, who, based on fundamental values of probity, honesty, commitment to service and hard work, knew how to trace the path along which this Law Firm would walk. Through a totally committed work, even going beyond his strength, Dr. Gastón Landívar, considering that the last years of his life, he suffered from an incapacitating illness, stood firm, attending to the needs of his clients, who were absolutely certain that they would always have an adequate and timely response to their requirements

With that example of life, LANDÍVAR & LANDIVAR, continued its trajectory, with a solid foundation of incorruptible values through the years, despite the crises and vicissitudes that it had to face. Today, celebrating another year of life, she stands proud because she remains firm with the purpose of moving forward, with new challenges that the current world poses, continuously innovating and seeking, having the client as the center of her professional activity.

In this note of tribute, it would not be fair to fail to express my deepest gratitude to that being who gave a life of dedication like my father: Gaston Landívar Iturricha to my mother who gave him support in everything related to this office , to each and every one of the people who passed through the firm and who, with good and bad experiences, made LANDÍVAR & LANDÍVAR what it is today. In addition, as it could not be otherwise, I give and express my deep gratitude to the team that today makes up this Law Firm, made up of capable professionals, who have a clear Mission, Vision and Values. That they are aware that their work, their dedication and commitment will undoubtedly make this Firm grow, until it becomes one of the first in the national legal field, and why not in the international field.