THE USE OF THE TRADEMARK 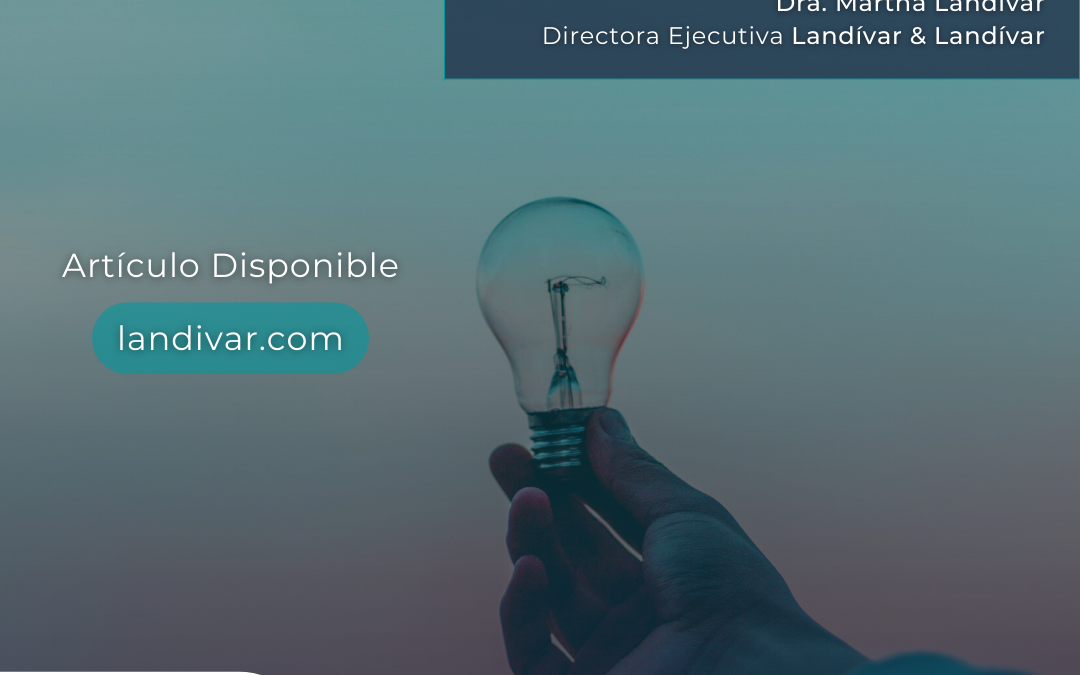 The trademark is one of the figures included within the branch of industrial property, which in turn is part of the legal discipline of intellectual property.

To enter into the subject that concerns us, let us begin by defining what a trademark is. To do so, we quote what Decision 486, the Andean Rule that regulates the Industrial Property regime in the Andean Area, that is, in Bolivia, Ecuador, Peru and Colombia since the year 2000, says about it. This Andean rule, textually states in its article 134:

FOR THE PURPOSES OF THIS REGIME, ANY SIGN CAPABLE OF DISTINGUISHING GOODS OR SERVICES ON THE MARKET SHALL CONSTITUTE A TRADEMARK. SIGNS SUSCEPTIBLE OF GRAPHIC REPRESENTATION MAY BE REGISTERED AS TRADEMARKS. THE NATURE OF THE PRODUCT OR SERVICE TO WHICH A TRADEMARK IS TO BE APPLIED SHALL IN NO CASE BE AN OBSTACLE TO ITS REGISTRATION.

In view of this definition, it should be borne in mind that from an economic perspective, trademarks have several functions, basically they distinguish products and services, indicate business origin, indicate quality, perform an advertising function and condense image, also developing a communicative function, thus transmitting the business origin, quality and reputation of the products and services.

Through these functions, consumers can obtain the necessary information to choose among the variety and multiplicity of products offered in the market. This taking into account that the trademark is not only a sign, but it is related to specific products and services to which it distinguishes. Thus, it is concluded that the essence of the trademark is its distinctive character, which definitely allows it to enjoy the protection granted by the legal system. However, it must be taken into account that for a trademark to have the necessary distinctive character, it requires another element, such as the market where consumers will have the possibility of giving the trademark its value, i.e., that consumers differentiate the products or services.  It is the market where the trademark comes to life as such, it is in that market where consumers, adding the psychological concept, in the sign-product union that the trademark acquires its own meaning.

The mere creation of a sign does not entitle, by itself, to have a monopoly over the sign in the market. This taking into account that the trademark is fundamentally intended to distinguish products and services in the market and failure to comply with that function invalidates its raison d'être. The right over the distinctive sign, unlike what may happen in the field of copyrights or patents, the corresponding authority does not grant a prize or incentive to the creator, it is only granted to the entrepreneur or business owner so that he can differentiate his products or services, thus obtaining that the consumer can differentiate and identify its quality and origin.

Thus, the authority that granted the registration of trademarks will ensure that the market is free of unused trademarks, thus allowing the entry of new signs, providing a space for entrepreneurial freedom and, in a way, reducing the enormous amount of trademarks that remain in force and are not used. From which it is concluded that in order to maintain its validity, a trademark must be used.

Use allows the trademark to come into existence and fulfill its proper functions. Hence, the burden imposed on its owner is more demanding in modern legislations. In this sense, it could be stated that not every use of the trademark is sufficient to satisfy the legal obligation, taking into account that this must be a qualified use. Thus, according to modern legislations, a real and effective use is required from the holder of the trademark, through this expression it is made clear that, for the purpose of the obligation to use, apparent or fictitious acts of use of the trademark must be considered irrelevant. Likewise, it is stated that the expression "actual use" refers to the requirement of intensity of use required from the trademark holder in order to consider the legal burden of use fulfilled.

THE USE OF THE TRADEMARK IN THE ANDEAN AREA

Article 166 of Decision 486 provides clear guidelines on what should be understood as relevant for purposes of satisfying the legal burden. Thus, it states:

From the text of the aforementioned provision, the following requirements for the valid use of the trademark can be inferred:

The goods or services that are distinguished by the mark must circulate and be available in the market. Likewise, it can be argued that the mere use of the trademark in advertising, which is not accompanied by an actual offer in the market of the goods and services, cannot constitute proof of use.

It is also necessary to note that the manner of using the trademark varies depending on the products or services. In this line, the essential thing is that the consumer has the possibility of identifying the product or service by means of the trademark in question. The use of the trademark in a strict sense is when it is applied or stamped on the product and the product enters the market for its commercialization. As for service marks, since they are intangible activities and not tangible goods, the use of the mark is always made in a referential manner at the moment the respective service is offered or rendered.

The courts and administrative authorities shall fix in each specific case, the number of units considered sufficient to comply with the legal burden of use, taking into account the nature of the product or service and other factors that may allow determining the quantity that normally corresponds.

MANDATORY USE OF THE MARK

A fair weighing of the interests of the trademark owner, competitors, consumers and users and the general economic system is based on the need for the owner of a trademark to use it. The decision to use or not to use one's own trademark is something that should not be left to the will of its owner for the simple fact that, parallel to his right, the aforementioned interests coexist and must also be protected.

Accordingly, we can define the use of a trademark as the legal burden imposed on its owner, if he intends that his interest and right over it continues to prevail over his competitors, in order to protect consumers and the general economic system, and which is ultimately derived from the very essence of the trademark right.

THE USE OF THE TRADEMARK MAY BE DEMONSTRATED BY MEANS OF COMMERCIAL INVOICES, ACCOUNTING DOCUMENTS OR AUDIT CERTIFICATES PROVING THE REGULARITY AND QUANTITY OF THE COMMERCIALIZATION OF THE GOODS IDENTIFIED WITH THE TRADEMARK, AMONG OTHERS.

At this point it is necessary to point out that the trademark owner may submit proof of use in any of the countries of the Andean Community. Proving use in Colombia, Peru and Ecuador is acceptable. However, it must be considered that it implies a certain cost for the holder of the trademark, since its proofs, in order to be accepted in Bolivia, must comply with certain formalities such as certifications and the legalization process by Apostille. Also at this point it is necessary to emphasize that proving the use in Bolivia is not an easy task in the understanding that it is necessary to attach invoices, contracts, which many times according to the authority do not comply with the requirements established by law, because they do not contain the name of the trademark in those documents, and also because it is not proved the constant use of the trademark in the period of 3 years prior to the filing of the claim for cancellation. There are cases in which the authority does not take into account the nature of the product as it is well established in article 166 of Decision 486, which refers to the use:

In view of this provision, it should be made clear that the Authority must CONSIDER precisely the nature of the product, taking into account that it is not the same to speak of mass consumption use as it can occur in clothing products, for example, as it is in the case of vehicles whose sale, from any point of sale, cannot be considered massive.

It is in accordance with this criterion that article 258 of SENAPI's Internal Regulations establishes that SENAPI will take into account in determining whether a trademark has been effective and has actually been used:

At this point it is necessary to point out that, notwithstanding the aforementioned rule, which ultimately leaves to the Authority's sound criticism, whether or not a trademark is actually used, it often happens that the Authority does not make an adequate assessment. There have been cases in the past that without making an adequate interpretation and compliance with the internal rule, as well as with the provisions in this regard, the authority has cancelled really well-known and renowned trademarks, when it wanted to apply in its consideration the concept of massive use.

As for who must use the same article cited, i.e. Article 165 of Decision 486, holds that the one who must prove the use is the owner of the trademark who has used the same, a licensee or a person authorized by that owner. At this point it must be taken into account that such evidence of use must be clear, in which, in an irrefutable manner, it is shown who is using the trademark. In practice, there are cases where the Authority does not consider the evidence attached to the process as valid because the entity using the trademark is not clearly indicated.

Likewise, in relation to the evidence attached as proof of use of the trademark, the same, according to the administrative procedure, must be provided in the response to the cancellation. In the event that administrative appeals are filed in a given PROCESS, only recently obtained evidence will be admitted.

Trademark cancellation requests due to lack of use have become more and more frequent in recent years. This has become one of the most recurrent problems faced by trademark owners, especially those who do not have adequate advice or because for some reason they have changed their registered address.

In this sense, it is recommended that the holder of a registration informs the corresponding Authority if there has been a change in the address of the indicated domicile.

It is also recommended that the trademark holder has all the necessary evidence of use of the registered trademarks (invoices, publications in social networks, among others).

It should be taken into account that even if the trademark holder is not using the trademark in Bolivian territory, evidence of use from other countries will be valid to prove that the trademark is indeed being used.

The holder of the registered trademark should also bear in mind that, if its trademark or trademarks present graphic or denominative variations, a new registration procedure should be initiated, after obtaining the advice of a professional knowledgeable in the matter.

THE COMPETENT NATIONAL OFFICE SHALL CANCEL THE REGISTRATION OF A MARK AT THE REQUEST OF AN INTERESTED PERSON WHEN, WITHOUT GOOD CAUSE, THE MARK HAS NOT BEEN USED IN AT LEAST ONE OF THE MEMBER COUNTRIES BY ITS OWNER, BY A LICENSEE OR BY ANOTHER PERSON AUTHORIZED TO DO SO DURING THE THREE CONSECUTIVE YEARS PRECEDING THE DATE ON WHICH THE CANCELLATION ACTION IS INITIATED.

The action for non-use of the trademark may also be requested as a defense in an opposition proceeding in administrative proceedings.

From all of the above it is clearly concluded that it is an undeniable obligation of the trademark holder to use the trademark, bearing in mind that it should not only be registered as a mere expectant right, since if this is not done, there is an imminent risk that the trademark will be cancelled and end up under the ownership of a third party interested in registering and exploiting it, taking advantage of the positioning already achieved.